Create and Connect is an Art and Music Program established in Goolwa 10 years ago to support people in the Community that may be socially isolated due to Disability, Mental Health, Carers , Home Schooling etc. The program also had many people in our community attending with an interest in the arts wanting to develop their skills and connect with the community they live. This created a diverse intergenerational group with ages ranging from 17-89 years. 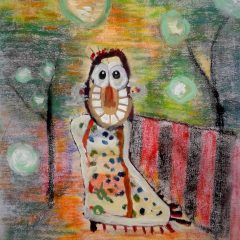 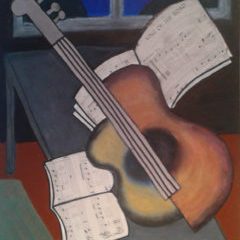 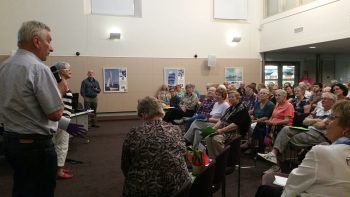 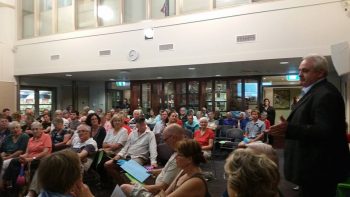 On November 13th, 2014 over 100 people attended a Public Meeting in Goolwa and put their hands up to support the development of a Community Centre in Goolwa. This would provide a secure home for Create and Connect under the umbrella of Alexandrina Connect Incorporated – The Goolwa Community Centre.

The establishment of Alexandrina Connect Inc., was supported by those who attended the Public Meeting, including Keith Parkes, new mayor of Alexandria and Adrian Pederick, Member for Hammond. It was seen as a much needed community organisation to serve the south coast. It very quickly took significant steps to achieve incorporation, and the appointment of a formal committee.

During the November meeting numerous people pledged support and/or donations, from which a steering group was formed. From this group workshops were conducted covering key areas requiring attention including finance, administrative matters, marketing and communication, business planning, fundraising and grant opportunities.

This public meeting represented a clear indication that the public wanted a community centre that would provide enormous support for the south coast region – including Victor Harbor. Their overwhelming immediate priority was to raise up to $120,000 to operate in the first year. This would enable Alexandrina Connect Inc. to lease a building and run the premises as a Community Centre, providing the arts based Create and Connect program along with other development programs. Funding would be required to pay for the premises and general overheads.

With the support of the Steering committee, over a few short months Alexandrina Connect was incorporated. The new committee held its first meeting on January 21st – just six months after it was announced Create and Connect might fold due to Commonwealth changes to funding arrangements. 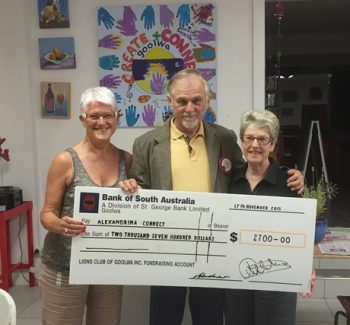 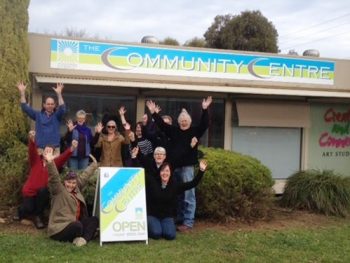 The official opening of The Goolwa Community Centre was a well attended and much anticipated celebration. On Tuesday August 4th, participants of the Create and Connect Art program and Alexandrina Connect Inc. committee members officially cut the ribbon unveiling the new community centre to the public.

Opening day activities included adult colouring-in workshops, the reunion of the Music Matters group and a delicious shared lunch with home-made pasties. Alexandrina Connect Inc. President, Carol Gaston AM said, “It was a joy to see participants of Create and Connect walk in, take their seats and begin art activities, just the outcome we were striving for”..

The Grand Opening Gala. What a hoot !

Alexandrina Connect Patron, Kym McHugh OAM, led the evening’s festivities with an informative speech and presented a documentary on the Create and Connect program, the association and the establishment of The Goolwa Community Centre.

MC Ashley Porter with his quick wit and entertaining spirit created waves of laughter throughout the night. 110 guests enjoyed a three course meal, accompanied by music from Concert Harpist Liesl Warner. A silent auction held on the night assisted fundraising efforts with generous donations received from various local businesses, individuals and artists. Dessert was a double treat as it was donated by hosts, Fleurieu Function Centre. 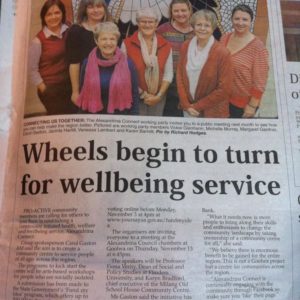 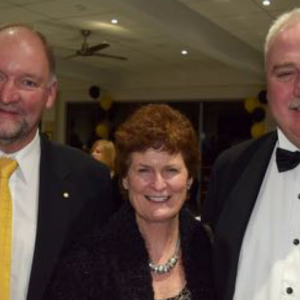 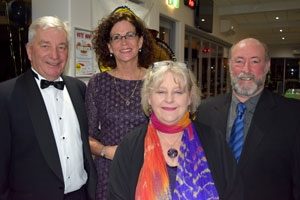